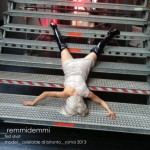 I have a propensity to fall down – a lot! Lucky for me, I haven’t broken anything – yet! I feel very fortunate that I still have all my bones and skull intact because the more severe the injury is in direct proportion to the age of the person. The following four missteps – pun intended – can be viewed as the most humiliating.

The first falling down was a terribly embarrassing moment. It was a lovely day in Small Town, Minnesota. Husband was playing golf, and I had the entire day to do just as I pleased. I took myself to town, treated myself to lunch, and indulged my womanly urge to go shopping. I left the local department store on Main Street carrying a few packages, and I’m sure I was whistling a tune because all was at peace with the world. Suddenly, the toe of my sandal caught on a crack in the sidewalk, and I went flying, face down, onto the hard surface – shopping bags became airborne. Other than the wind getting knocked out of me, I was fine, except for the red gushing to my cheeks from embarrassment. I noticed out of the corner of my eye, a car slowing down. The woman passenger was staring at me with a surprised expression. I’m sure she was struggling with her inner “Minnesota Nice,” trying to decide whether or not to stop to pick me up. With the look of a dog that had just fallen off the sofa, I pushed myself up, picked up my bags, and continued walking down the street with my head held high – and my eyes on the path in front of me.

The next falling down was simply due to stupidity. We were in North Carolina for a NASCAR race. I was walking with my husband’s cousins back to a motel after eating at a restaurant, and we decided to take a short cut through a field of dried grass and dirt. I saw the wire fence. I observed that part of the wire was lying on the ground in front of us. I watched as everyone stepped over the wire. And I reminded myself to step over the wire too. My mind, however, did not communicate these observations to my feet. I felt my ankle tangle in the wire, and down I went. “I’m ok,” I confirmed to the cousins’ backs as they continued walking. After freeing the wire from my foot, I stood up, brushed dirt and weeds from my jeans, and hurried to catch up.

The third falling down involved alcohol. It’s a good thing, really, because there could have been blood and a possible lawsuit. It was Super Bowl Sunday and we had been invited over to a friend’s neighbor’s house. They both live on a hill overlooking a golf course and lovely views of the colorful Arizona sunsets. Their homes are just as lovely and upper class. We walked into a tile entryway, and as with the more elegant homes, the entryway had a step down into the living room. My feet automatically stepped down, one by one, without any effort at all. My mind successfully communicated this endeavor to my lower extremities. After a few glasses of wine, and socializing with the elite, the football game was finally over and friends started to leave the party. When my party of four decided to depart, my feet apparently did not recall the step down because they did not mindfully step up. I stubbed my toe on the step and sprawled spread eagle across the tile entryway. This was not only embarrassing; it was humiliating to act like such a klutz in the company of the upper echelon. I’ve never been back to that house.

The final falling down occurred a few months ago. My friend and I had just left an event where we had imbibed in a few glasses of wine. I was completely lucid, but very relaxed from drinking nature’s calming elixir. My friend wanted to stop by her daughter’s house for a few minutes. I had been in this house many times before. There is a large entryway, a step down into an office off to the right, and a step down into the family room just beyond that. We stepped down into the family room, I conveyed my pleasantries to their sweet family, and patted their bouncy little yellow lab puppy. We had a charming little chat; I inquired about the daughter’s health. We turned to leave and my brain must have fallen asleep because I tripped on the step up from the family room, rolled around with my feet flying in the air, and fell down the step into the office. Sympathy from my friend burst forth in a belly laugh, and the lovely family could barely contain their chuckles. Had the dog not been ushered outside earlier, she would have come to my rescue with a big slobbery kiss. It was certainly a good thing I had leggings on under my skirt or my red face would not have been the only thing exposed.

In the future, in order to protect my osteoporotic bones, I must either succumb to using a walking stick, or give up drinking. I think I’ll check out those new canes at the medical supply store.