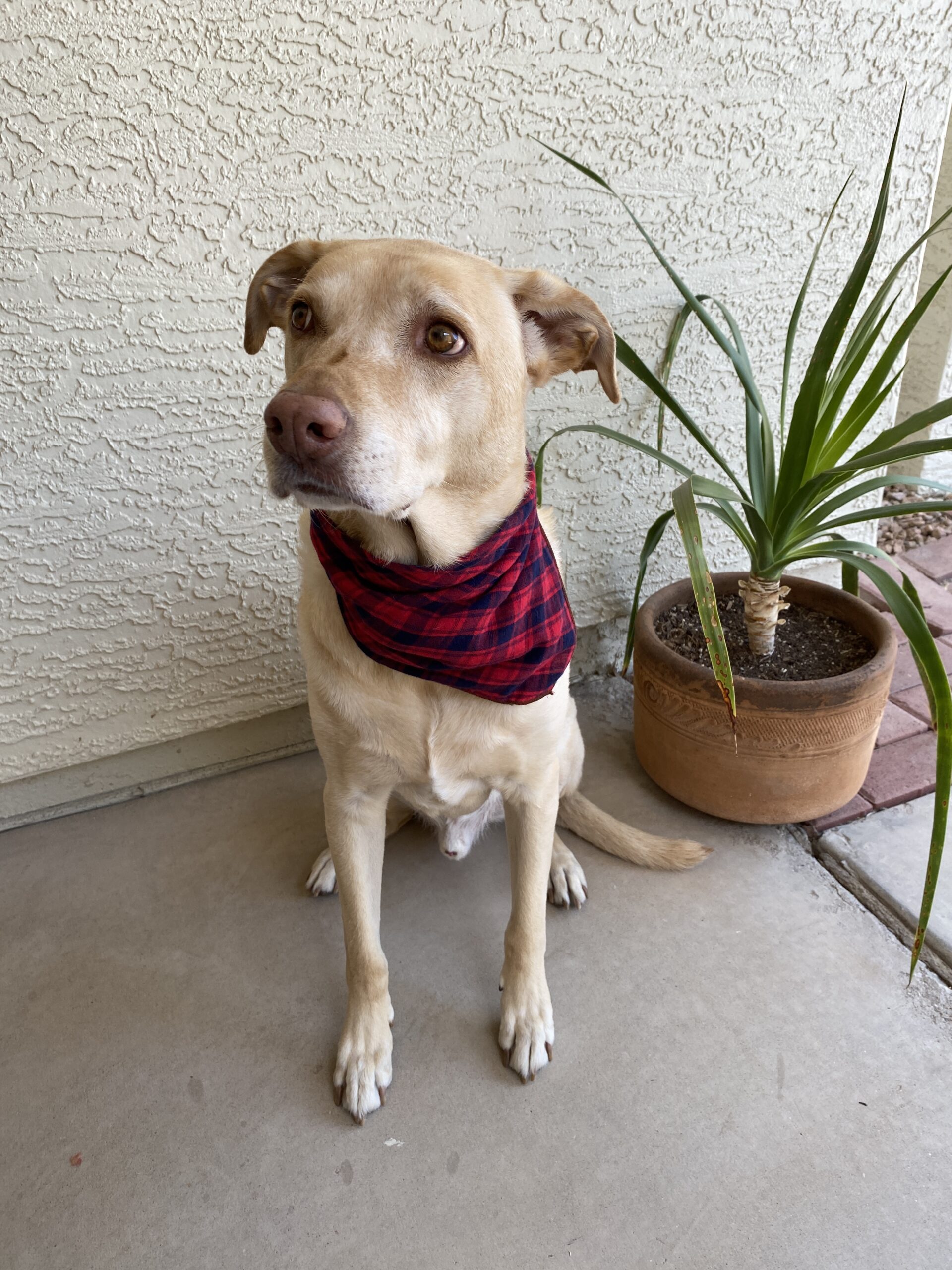 Calling all dog lovers out there, and I know there are lots of you because of the plethora of doggo Instagram and Twitter accounts. Welcome! I’m a dog lover too, and am here to share with you a few dog tails of my family canines. I’m sure you all have tails of your own, so please share them in the comments following this blog.

As a matter of fact, I will feature your dog tails on my blog. Email me through the contact form on my website, and I’ll get back to you.

My T-shirt and hat were purchased from Tug Tees in Prescott, Arizona.

Husband and I both grew up with Boxers, so it seemed fitting that we start our young marriage with a Boxer puppy. Katie entered our lives like an energized battery. Even the crown on her clipped ears didn’t slow her down.

Back in the olden days, we followed the protocol of clipping pure-bred Boxers’ ears. I’d never do that now, I think it’s cruel, and I love their floppy little ears.

On with the story. It was Christmas. We were going out to visit some friends and needed to confine Katie somewhere. We closed her in the kitchen. She’s just a puppy, after all, what damage could she do? When we returned, we found a pie tin licked clean laying on the floor. Katie had jumped up and pulled my freshly-baked pecan pie off the counter. She consumed the entire, sugary, gooey, nutty treat.

We locked her in the bathroom for her next solitary confinement, but she destroyed the door after panicking under a separation anxiety rampage. On another day, I heard a grinding sound. After investigating, I found Katie gnawing on our brand-new breakfront. Apparently, she had a wood deficiency. Moral of the story, never leave your puppy unsupervised. We lost Katie to spleen cancer at age four.

Along came our first baby, and another Boxer puppy, Carrie. (When searching for a picture of Carrie, I discovered baby pictures outnumbered dog pictures by about 50 to 1.) Carrie was not as mischievous as Katie, but whenever she saw an open door, she bolted. I spent many days chasing her through the neighborhood, through other families’ campsites, and even at obedience school.

Obedience school was a success . . . for the other canine graduates. At the final exam, all the dogs lined up along one side of the giant room. We handlers commanded our dogs to stay, then walked to the other side of the giant room. Carrie was a good girl and stayed, until the humans arrived at their designated spots. That’s when she decided it would be fun to romp around the room, encouraging the other dogs to play. Once again, I chased Carrie around the room, the only dog to fail obedience school.

Our children grew older, and our choice in puppies changed. One of our friends owned a reddish Golden Retriever named Sam. Sam-dog could do all kinds of tricks, like walk backwards down the hall to the command “back.” I’m convinced he would have kept backing right out the door if our friend kept saying “back.” So, in honor of Sam, we dubbed our new Golden Retriever girl puppy Samantha.

Our perfect dog was the perfect companion to our teenagers. I have no funny stories about Samantha, other than she’d throw up when she went for a ride, and she shed giant fur balls that rolled down the hallway.

Samantha contracted Valley Fever when she was seven. One day, our daughter came home from school and found her poor little body lying by the front door. Our daughter sprinkled flower petals in front of the door, and we tiptoed around them during our period of mourning.

It’s not surprising that the following Christmas our daughter’s wishes were granted with another Golden Retriever puppy, whom she named Drusilla, after daughter’s favorite soap opera character. Her name was soon shortened to Drue.

Drue ate everything in sight: grass, flowers, tissues, sticks, magazines, slippers, poop, and . . . rocks. We almost lost her when we heard the pebbles clinking in her stomach. After a trip to emergency and averting a very expensive surgery, the entire family toiled in the backyard replacing the 1-inch granite with larger stones.

Drue lived to see the teenagers move out and then accompanied the empty nesters on our RV across the country. She was our loyal companion until age 14.

Busted! I caught Drue stealing a tissue from the bedroom. She was just as surprised as I was and held that pose until I returned from another bedroom with my camera.

Then along came Larry. The friend of a friend who volunteers for a Labrador rescue posted his 3-month old picture on Facebook, seeking a forever home for him. I claimed him right away, “He’s mine,” but had to convince Husband we needed a new puppy. Husband responded, “No puppies! No male dogs! Period!” Larry’s foster mom brought him over anyway, and he won Husband’s heart.

Larry has enriched our lives beyond belief. He makes us laugh, he totally understands our conversations, he’s a loyal companion, and he’s by my side, always.

Why the name Larry? When three male puppies were dropped off at the foster home, they were named Larry, Curly, and Moe. A few years later, I started looking for Curly and Moe so we could have a play date reunion. Recently, I found Moe’s Human Mom on Facebook, so Moe and his family came over for a visit. Moe and Larry did a lot of butt sniffing, and the scents must have rung a bell because now they’re best brothers forever.

In Larry’s first year with us we made several trips to the pet emergency. It took almost six months to find the right food that wouldn’t cause diarrhea. We had to give our vet reports as to the consistency of his deposits in the backyard.

“Let us know when they are like tootsie rolls.”

“They are more like small tamales without the husks, but complete with corn chunks, which might be pieces of his yellow Kong toy.”

I haven’t had so many discussions about poop since my children were toddlers.

After nursing him along with his giardia intestinal issues, valley fever, allergies, and oozing abscess, we’ve learned some valuable life lessons:

Larry is known as a Dudley Lab, a yellow Labrador Retriever who doesn’t have pigmentation around the nose, muzzle, or eye rims. This makes him very photogenic, and as a proud Momma, I take hundreds of pictures of him. It’s like he’s talking to me as he poses, so I match phrases to each of his expressions.

“Focus on your goals, and you will achieve them.”

What to do with all these pictures? I made desk calendars for friends and family, and that’s when “Larry’s Words of Wisdom” was born. My goal was to publish a book. This took several years, but Larry’s Words of Wisdom was born in December 2020. I’m working on a better-quality, affordable hardcover, which should be available by the end of 2021.

Want one of Larry’s Words of Wisdom books? You’ve come to the right place. You can purchase a soft cover, pawtographed by Larry and autographed by me, for $24.95 here. If you would like to pre-order a hardcover for the same price of $24.95, contact me through my website.