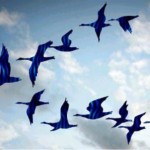 The birds and waterfowl are starting their migration South for the winter. Geese are particularly noisy this time of year. One autumn after visiting Minnesota for the summer, our campground was adjacent to a cornfield. I was sitting in my lawn chair next to our trailer enjoying a cup of Joe and the crisp fall air when I heard multiple squawking noises in the distance. The sounds became louder and louder as I turned to look at the cornfield. Over the top flew 20 or more birds, which, after careful scrutiny, I determined to be geese. They flew in a wild manner – up and down – all over the place. They obviously didn’t have a plan; they just were flying haphazardly through the air and over the tassels on the corn. However, there was an air of determination as they tried to stay together in a group, flying in the same direction over the campground. I observed the same pattern with a variety of honks every day for a week. Each day, the geese became a little better at flying behind or next to one another, and harmonized a little better with their song. Then one day I heard the honking, but it sounded more like a musical instrument than random noise. Amazed, I watched the geese as they flew over the cornfield and across the sky in a perfect V formation. They had perfected their flight pattern, decided who would be the leader, and were ready for their journey South.

Once husband and I decided to pack up our trailer and head south to our home, it took four days to drive the 1,800 miles from Northern Minnesota to the middle of Arizona. Husband played golf several days after our arrival in Phoenix, and to his amazement, he watched as a gaggle of geese, in a perfectly formed V, swoop down for a landing on the lake in the middle of the golf course – home for the winter. I am certain it was the same group, who days before, practiced for their long flight to warmth for the winter. 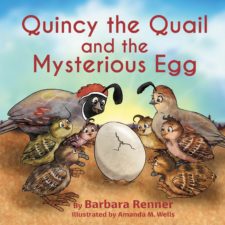 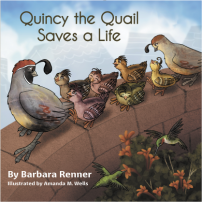 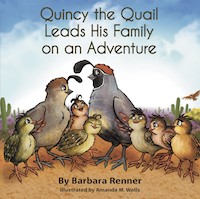 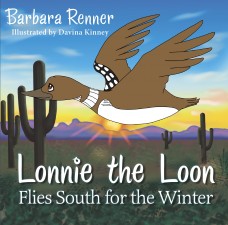 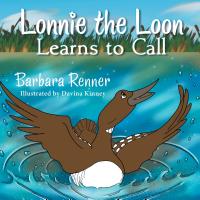 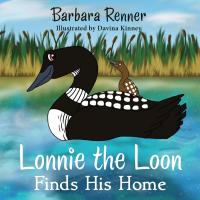